Back in October 2012, the Archaeology Live! team and All Saints church warden Robert Richards met up to plan an excavation in the grounds of the church. With a rich history and a central location close to the River Ouse, the site was clearly brimming with archaeological potential. There was of course one minor obstacle, a derelict 19th century boxing club.

The boxing club before demolition, October 2012.

Built in the 1860s, the boxing club was originally a mortuary chapel, later serving as a Sunday school among other uses. Abandoned for over a decade, the building was in very poor repair and populated only by pigeons. A 20th century addition of a skin of engineering brick along the building’s south face had caused the walls to become irreparably damp, leaving the church with no choice but to schedule the building for demolition (after proper archaeological survey of course). This did however provide opportunity, with the site being a prime spot for re-development.

The archaeology of the site was not a total mystery, as a previous archaeological evaluation by FAS had uncovered evidence of 18th/19th century floor surfaces immediately overlying medieval refuse pits. Clearly, a good deal of excavation would need to be carried out in advance of any future building work. As Archaeology Live! is an entirely trainee-funded entity, this provided a mutually beneficial opportunity for both All Saints and York Archaeological Trust and it was agreed that the site would play host to the 2014 season.

The FAS evauation trench at the building’s southern end (and posing pigeons!)

The two week spring excavation in April and the May training weekend have proved that All Saints is a fantastic location for a training excavation, with the church providing a chance to study upstanding remains as well as subterranean archaeology. It is known that a post-medieval rectory with a medieval predecessor have occupied parts of the site, with other areas being used as yards in the 19th century. Before this, very little is known about the history of this small corner of York. As the weeks pass, the Archaeology Live! trainees will peel away the layers of history and tell the story of this fascinating site. 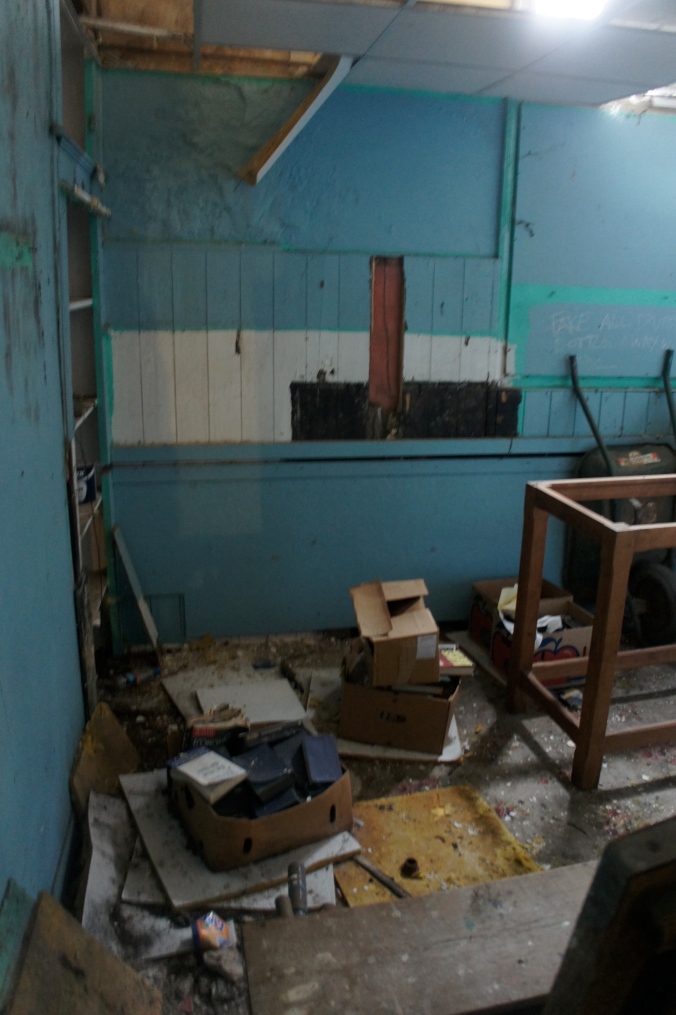 The north end of the boxing club interior, or ‘that end’ as it is now known.