All at Archaeology Live! are jolly pleased to announce that our 2015 season is now open for bookings!

Looking north over the trench. Summer 2014.

We will be returning for a second season in the grounds of All Saints, North Street in the very heart of medieval York. The 2014 season proved to be more exciting than we could have hoped, with a fascinating and diverse sequence of 18th and 19th century archaeology. 2015 will see us delve deeper into the rich history of the site as we explore the medieval deposits beneath the early modern industrial yards of Church Lane.

Here are the dates:

TBC. Most likely one weekend and week in October. Contact trainingdig@yorkat.co.uk for further info.

What will we find?

This is always the big question, but in the case of our site, we do know the answer – a lot! Urban archaeology rarely fails to deliver wonderful finds and features, especially in the unparalleled layers beneath the streets of York!

The 18th and 19th century sequence excavated over the 2014 season was far more complex than we had anticipated and is covered in depth in our earlier blog posts (feel free to peruse the archive!). In short, we found evidence of an ever changing landscape that began the 19th century as a busy and rather smelly semi-industrial yard, before being absorbed by the church to become a burial ground in 1826. This quiet place of remembrance would receive the remains of parishioners old and young until 1860, when All Saints church hall was built. This building was used as a Sunday school, a mortuary chapel and even a boxing club, until its demolition in 2013.

Pre-dating all of this, we began to discover elements of a much altered post-medieval rectory, wall footings that could once have been a row of medieval cottages and pits and deposits relating to the site’s 12th century occupation. This season, we aim to look more closely at these features and to see what surprises are laying in wait beneath them.

The walls uncovered in the 2014 season relate to an 18th century re-build of the rectory, however earlier stone footings had been incorporated into the structure. As we pick apart this building, will we find evidence of the original medieval rectory? Can we find evidence of how people were using the building and how this changed over the centuries?

Between 1826 and 1860, many individuals were buried on the site. While we are not planning to excavate any human remains, we will be locating, carefully exposing and recording these burials, before re-covering them to ensure they remain undisturbed by any future development. It is likely that there are more as yet undiscovered burials to find and we will aim to learn as much as we can about the people who lived through the times we are studying.

The area was a busy place in the late 1700s and early 1800s. The 2015 season will see us continue to excavate these features and learn more about the industrial practices of the day. We have already found evidence of the tanning industry and butchery waste that indicate the area would have been somewhat pungent two hundred years ago! 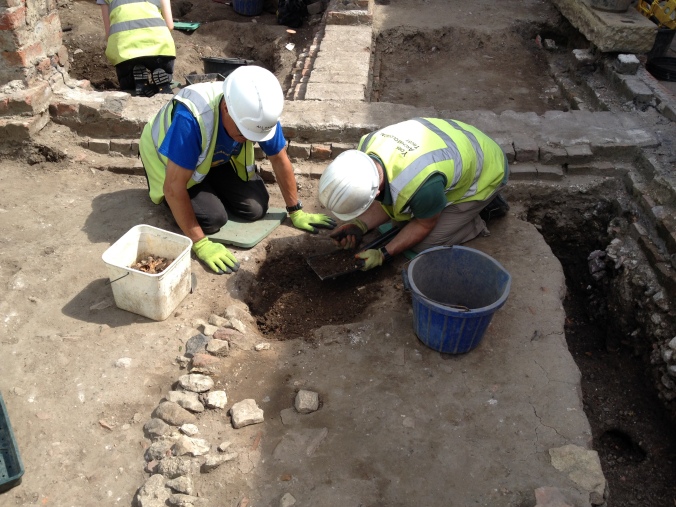 The site is surrounded by ancient buildings, some of which may once have existed within the excavation area. The end of the 2014 season saw us beginning to uncover tantalising evidence of this, with robbed out wall footings appearing below 18th century industrial layers. Whether there are more walls waiting to be found and precisely what buildings they were once part of is something we hope to resolve in 2015.

A test pit dug in 2004 reveals that substantial deposits dating to the medieval period lay almost directly beneath our 18th century deposits. What was happening in this area during this period is presently little understood. Our 2015 team will expose and investigate these layers and reveal the site’s medieval past. This medieval sequence is something the whole team are very excited to discover!

Also, what is becoming quite an Archaeology Live! tradition, is the discovery of a medieval cesspit or two! (This is a good thing! Honest…)

Nearby excavations and the site’s proximity to the River Ouse (once a major international port) mean that we have a strong chance of encountering Viking archaeology. We know there was a lot of Anglo-Scandinavian activity nearby and it would be wonderful to learn about the site’s 10th century past. 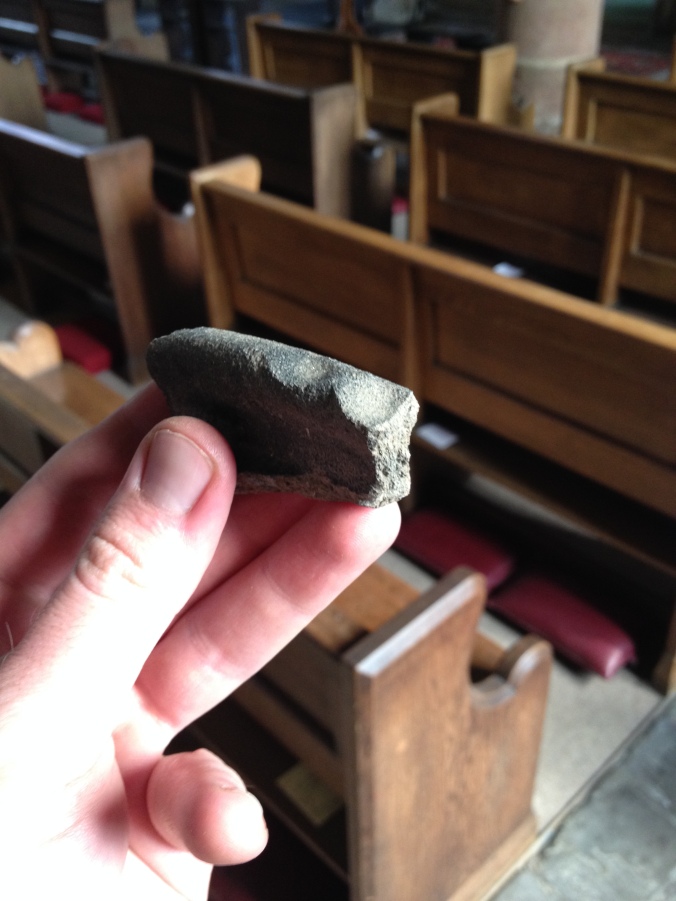 While stratified Roman archaeology is likely to be buried below metres of later deposits, the 2014 team unearthed a wealth of Roman material. This ranged from high (and low) status pottery, evidence of luxury goods (amphorae, hypocaust tiles), well preserved coins and a possible glass ring. The site lies close to the Roman bridge across the Ouse and is located within the wealthy heart of the colonia, or civilian part of the city. While we may or may not reach the deeply buried Roman features, we are certain to find more Roman finds and learn how people were using the area at the dawn of the 1st millennium. 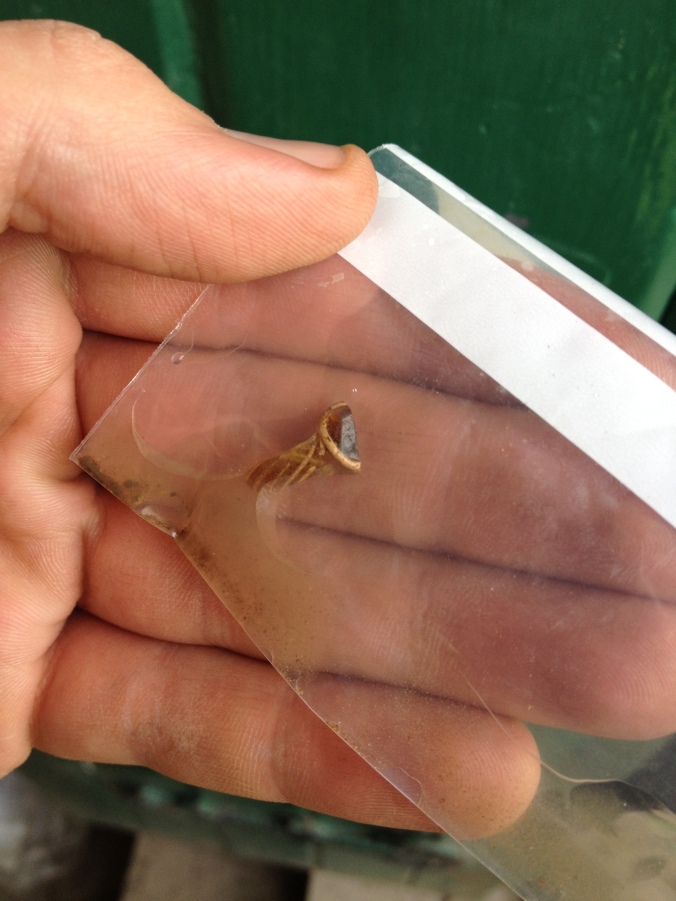 While the 2014 season focused on 18th-19th century archaeology, the continuous use of the site over countless centuries means that many early artefacts have been re-deposited into later layers. For example, a 19th century context dug in 2014 yielded what we believe to be a neolithic polished stone axehead! With York’s wealth of archaeology, anything is possible!

The training excavation provides a way to learn about and participate in excavation, recording, planning, finds processing, environmental sampling, and processing.  Any other specific requests for training may also be available on application. Professional field archaeologists provide all the training throughout the course.

During Archaeology Live!, the archaeology will be excavated and recorded by the trainees; the trainers teach and assist when required. It is a field-based training program where people learn by doing the excavation, and by discovering and recording the archaeology themselves, rather than by classroom-based tuition.